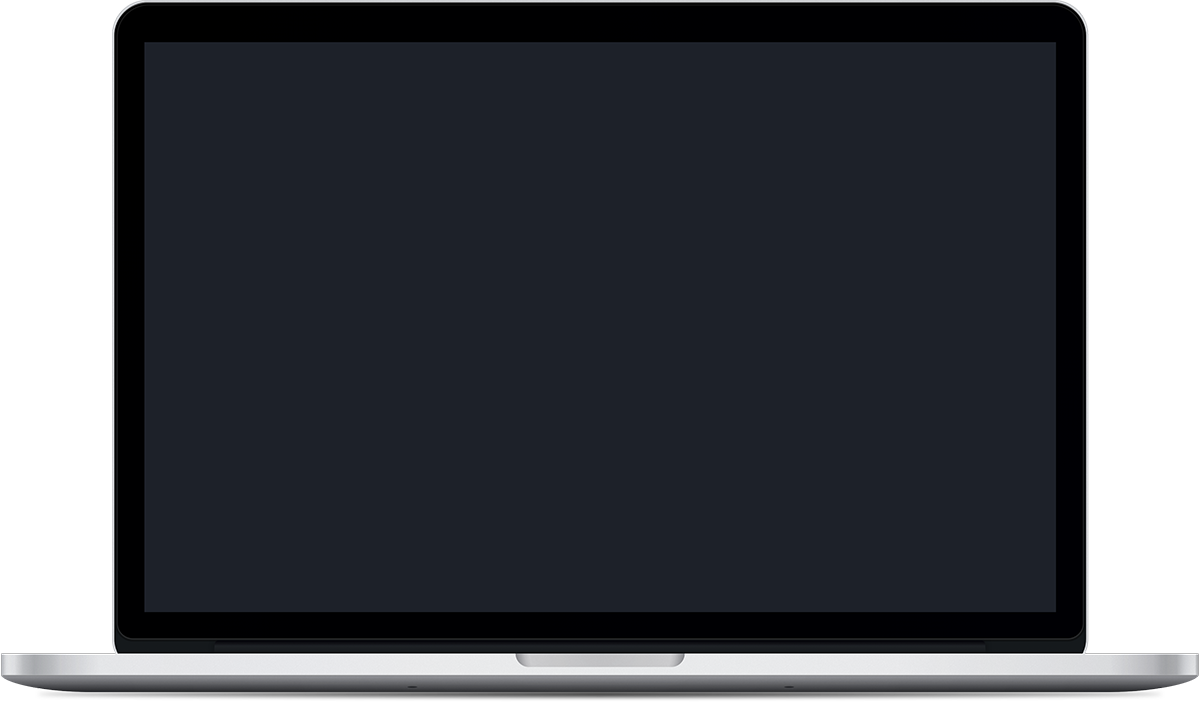 A large majority of users came to MailChimp’s homepage and jumped immediately to other pages. Meanwhile, many users were unaware of our marketing automations and new features. Our dashboard did not address our user’s biggest need, which is to take immediate actions to improve their business.

THE DASHBOARD BEFORE REDESIGN 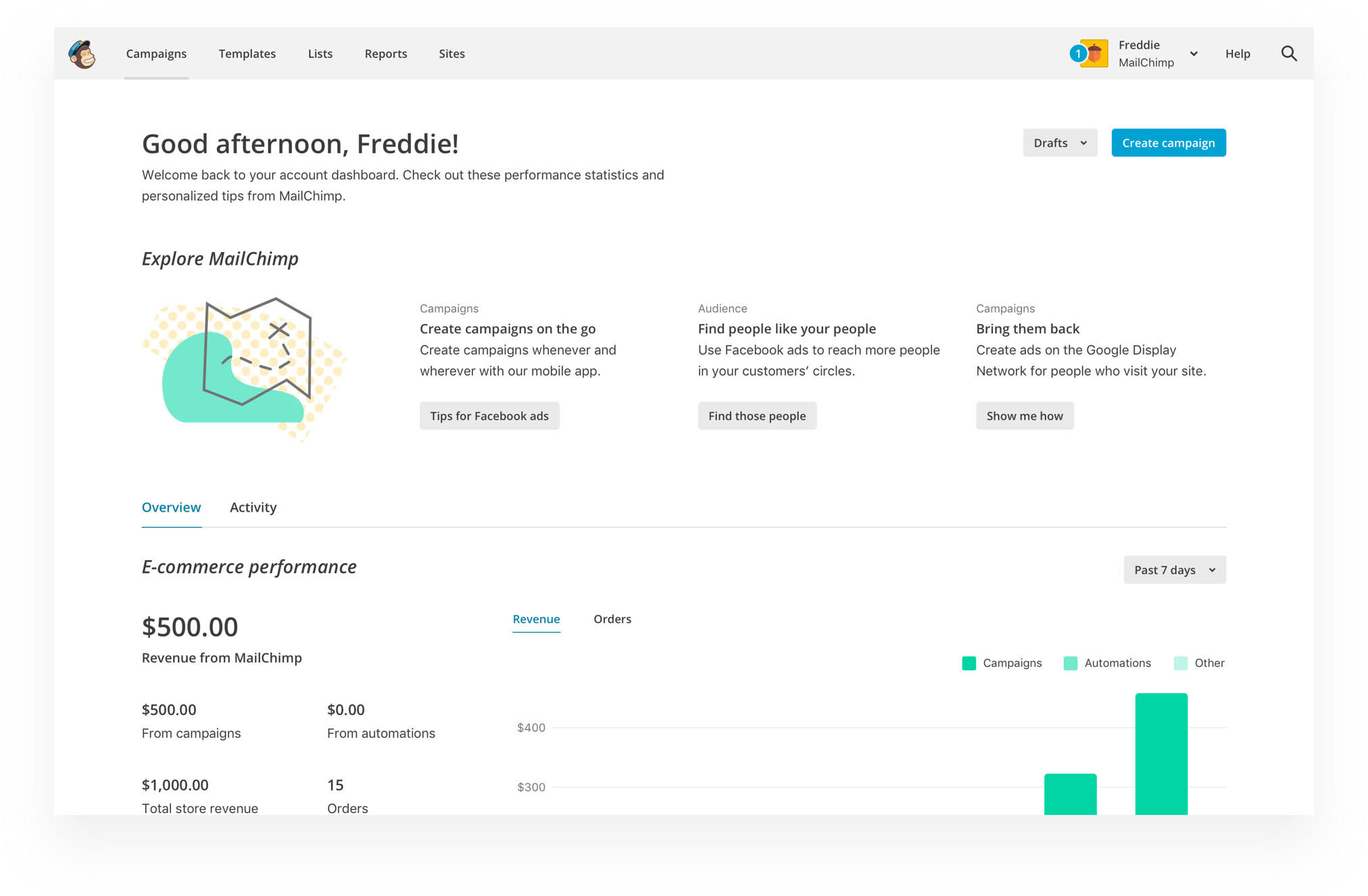 Our users are busy small business owners, and they are not experts in marketing. They believe that they aren’t using MailChimp to its fullest potential, but they have no time to learn from articles. They want us to give them prioritized, personalized and achievable actions.

How might we help our users know what they should do in MailChimp, and easily take action on what we recommend they do?

To solve this problem, we’ll need an ecosystem. The homepage is only one of the many touch points, but it provides a persistent home base. It is highly discoverable and easily manageable.

The percentage of users who start trying recommendations from the homepage.

Before we started the project, we created three design principles that guided the design decisions —

We brainstormed and narrowed down our directions to three concepts. We then showed the three medium-fidelity design mockups to users for only 5 seconds each to mimic the real environment. 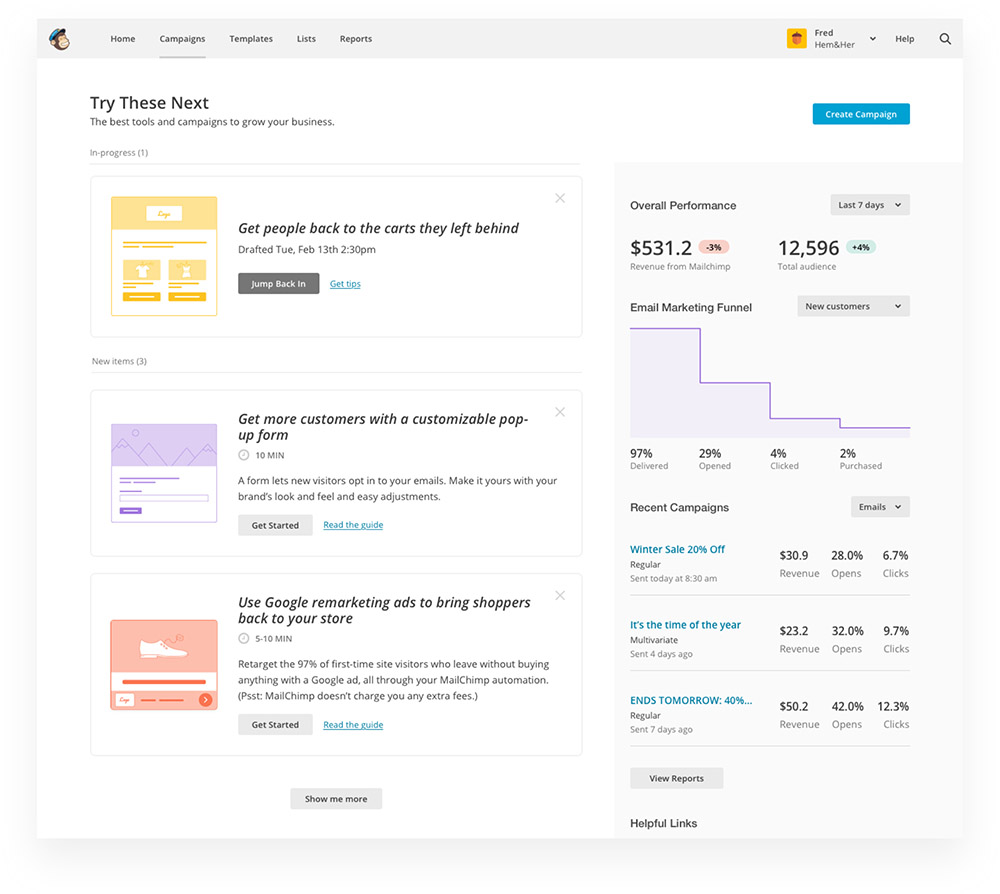 Concept 1   A list including three recommendations, and each one of them has detailed descriptions and an illustration visualizing the campaign. 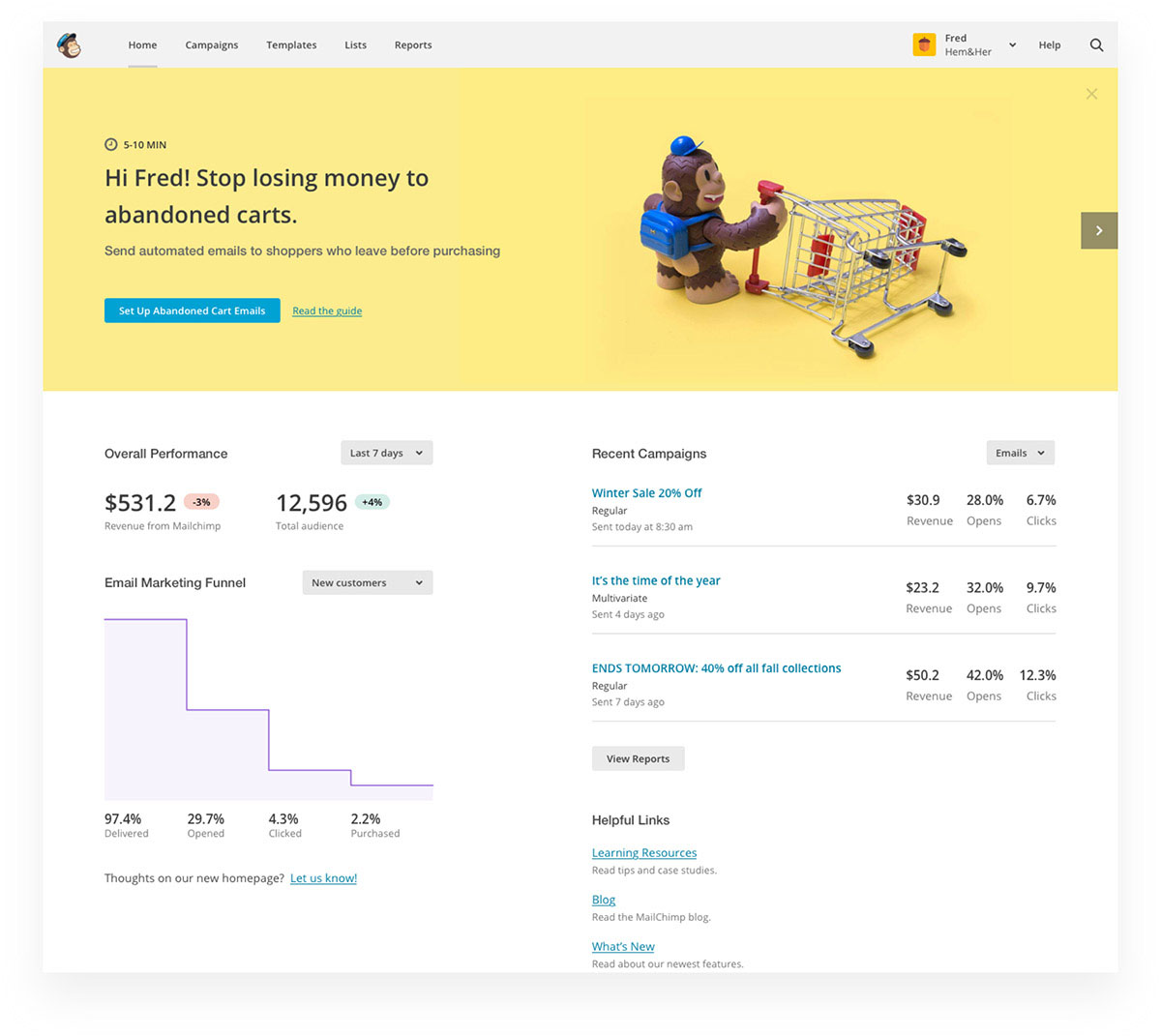 Concept 2   A fun and branded banner with single call-to-action at the top of the home page. 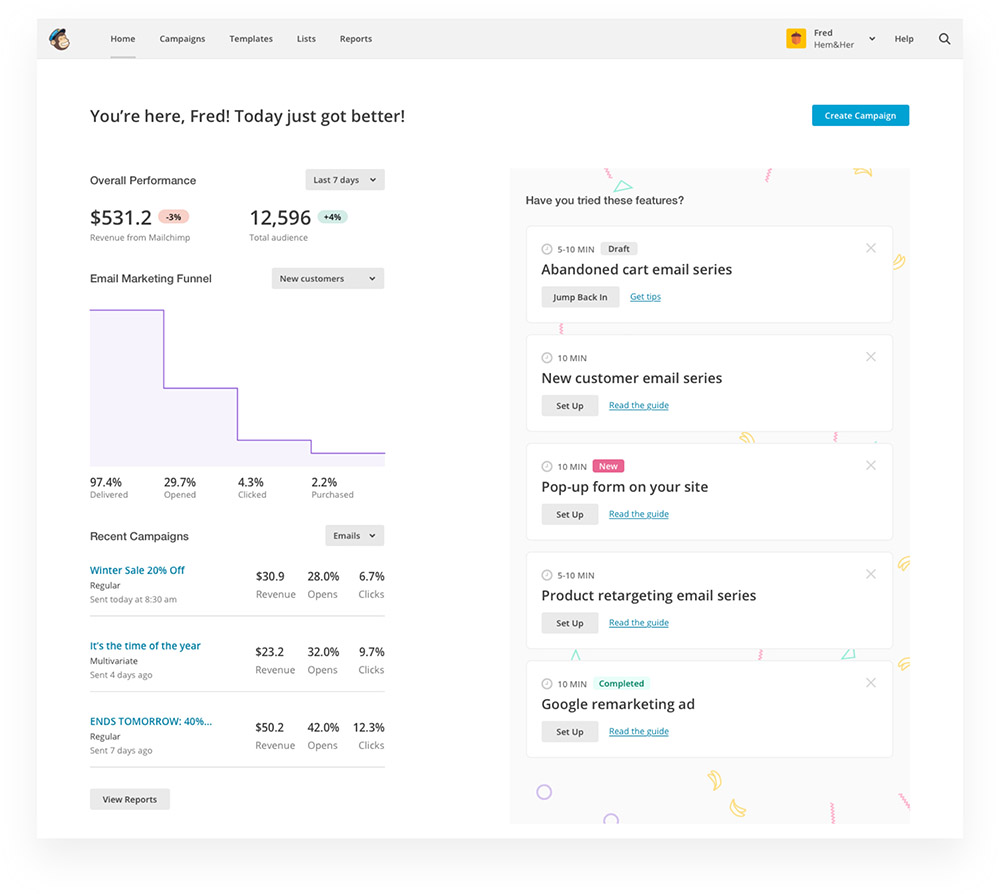 Concept 3   A stripped-down list of five recommendations with minimal copy and design.

The results showed that the banner ad version had the most positive emotional reactions. Users love our brand. However, they didn't recall the contents very well. On the other side, the trimmed-down list had the best content recall rate and users loved the simplicity. In the end, we decided to combine both approaches to achieve good content recall and emotional resonance.

Some rationales behind our decisions —

Two months after we launched the beta version, we know that the beta does not test well. Although it fails, we’ve learned a lot from conducting this project.

In the beginning, we defined this project as continuous onboarding (in-app education for existing users), without realizing that it is actually more complicated and it’s better solved with the growth mindset. We should have been more nimble and taken small steps. Growth is about gaining small wins from a series of nimble experiments.

Besides, we were trying to solve two problems at the same time. One was to fix the problem of the current dashboard, and the other was to increase feature adoption. Our solution was to add recommended features on a dashboard that has been normally ignored by users. If I had a chance to redo this project, I would focus on making the current dashboard more useful before running feature adoption experiments on it.

My biggest takeaway is to think more critically of all the information and ask more questions to make sure we are solving the right problem before diving into the problem.

Special thanks to Carrie Heffner(Research) for her hard work on this project.